GET TO KNOW OUR OPERATIONS MANAGER, ANNE! 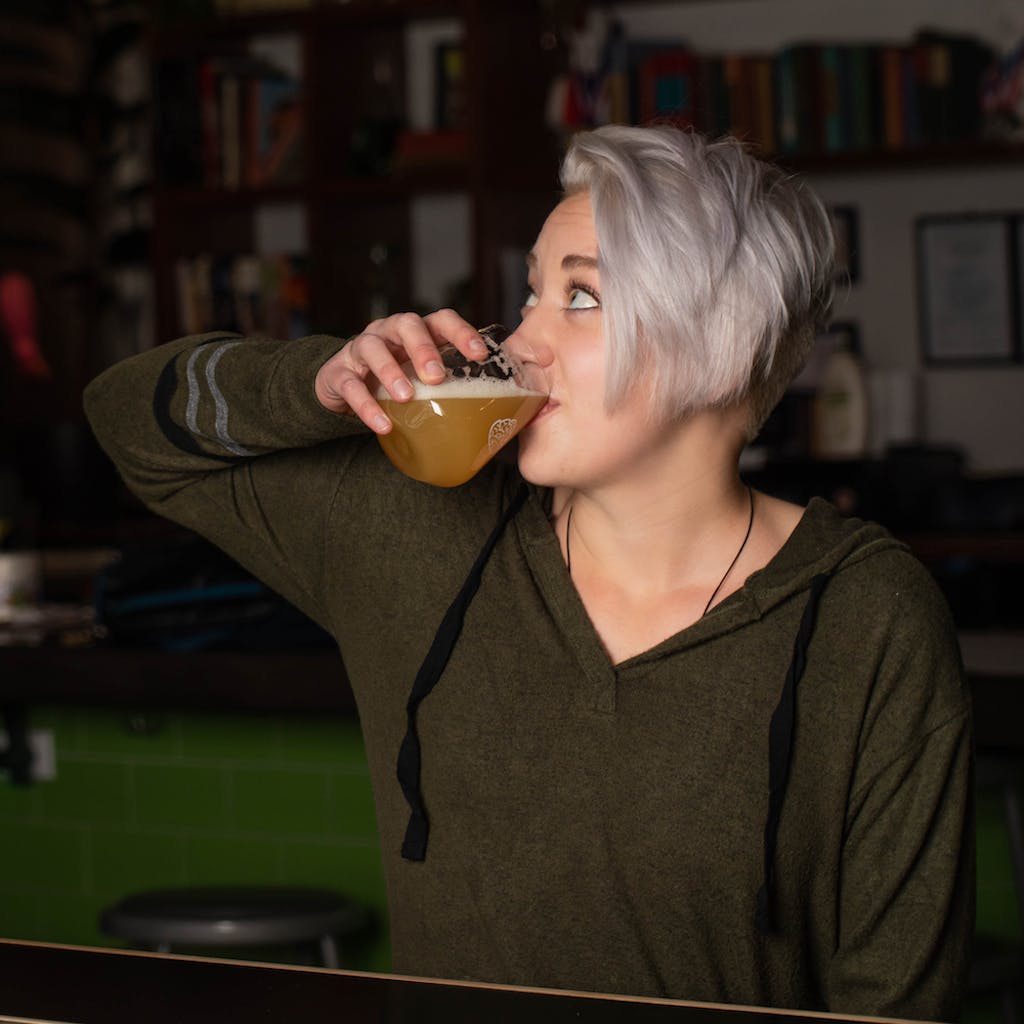 Be it number crunching, data wrangling, spreadsheet spinning, shipment scheduling or summit organizing, there’s really just nobody at Cerebral like Anne. She’s the cerebral cortex of this outfit where the higher-order operations play out and functional thinking meets physical reality. Frankly, we couldn’t put one foot in front of the other without her.
Anne joined the Cerebral team a couple summers back after leaving California and the crew at Drakes Brewing Co.!

GET TO KNOW ANNE A LITTLE BETTER WITH A Q/A BELOW!

I discovered craft beer by accident. I flew home to Japan after my first year in college, looking for a random summer job. I stumbled upon a part-time data entry position working for a craft beer e-commerce start up in Tokyo and became obsessed with all things craft beer.

After that summer, I got involved with beer however I could: I dabbled with homebrewing, was an associate columnist for The Japan Beer Times, and helped run a crowdfunding campaign for the newly-launched Pine Street Brewery in San Francisco. When I turned 21 I became a production intern at Drake’s Brewing Company, and eventually transitioned into a warehouse / operations role.

3) WHAT IS ONE THING ABOUT BREWERY OPERATIONS YOU WISH THE AVERAGE CONSUMER KNEW?

I think sometimes people assume that craft beer is just about coming up with a recipe, brewing it, and packaging it. But operations encompasses everything behind the scenes – getting materials in the right place at the right time, managing inventory levels, navigating packaging splits, and analyzing a whole ton of data. Essentially it’s about coordinating with production, taproom, finance, and marketing to ensure everything is optimally executed. There’s a lot of nuance there, and doing that well can be pretty challenging (but also exciting).

I honestly have no idea. I went to business school because I never knew what I wanted to do in life, and I figured “business” was widely applicable. The majority of my classmates were going into finance, accounting, or consulting, and I knew that was not for me. I like to think I might have ended up in journalism, as writing has always been a passion of mine.

Cooking delicious food, mixing up cocktails, and exploring the city… Mostly just hanging out with my wife and dog.

This is way too hard to choose. My beer preferences change with the season, environment, emotional state… So I guess I’ll sidestep this question entirely and say “whatever beer I’m currently sipping”.v