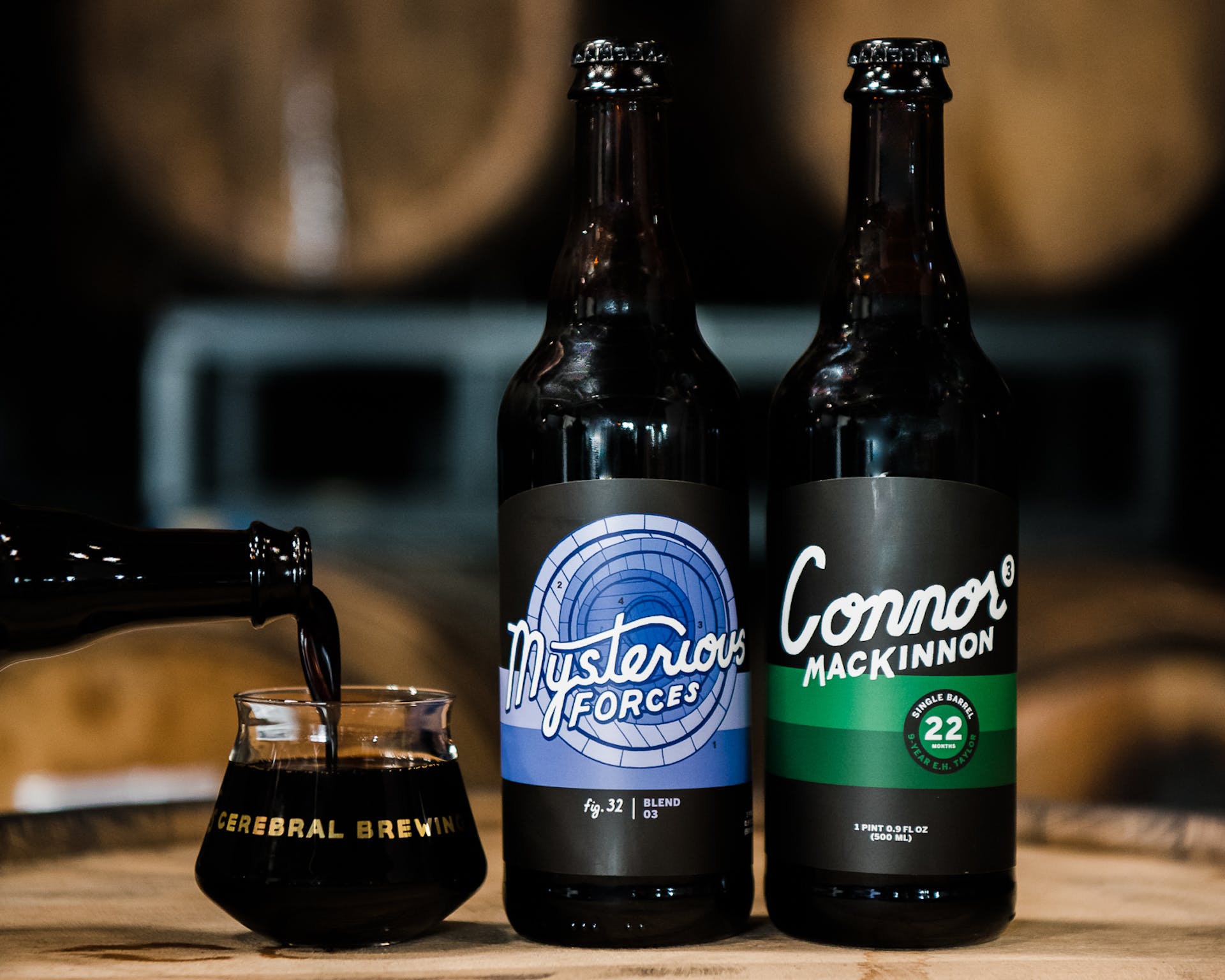 Our December bottle release brings back two brands from our barrel cellar that reemerge as very different creations from their last iteration – Connor MacKinnon and Mysterious Forces (Blend 03). We’re very excited to share these bottles with you!

We have several brands in our barrel aged beer library that target very specific flavor profiles. Mysterious Forces is the antithesis to those beers. With each new blend we seek to create something unexpected, often using techniques, barrels or adjuncts we are not familiar with. The base of this blend is a variation on our Here Be Monsters recipe that saw additions of both rye and chocolate rye and was aged in George T. Stagg bourbon barrels for 22 months. Two of these barrels were double-barreled into a 10 year rhum agricole and an ex-bourbon vanilla extract barrel while the third continued its slumber in its original George T. Stagg barrel. After a total of 30 months, we blended the three barrels and conditioned them on both toasted and macaroon-grade coconut as well as macadamia nuts. 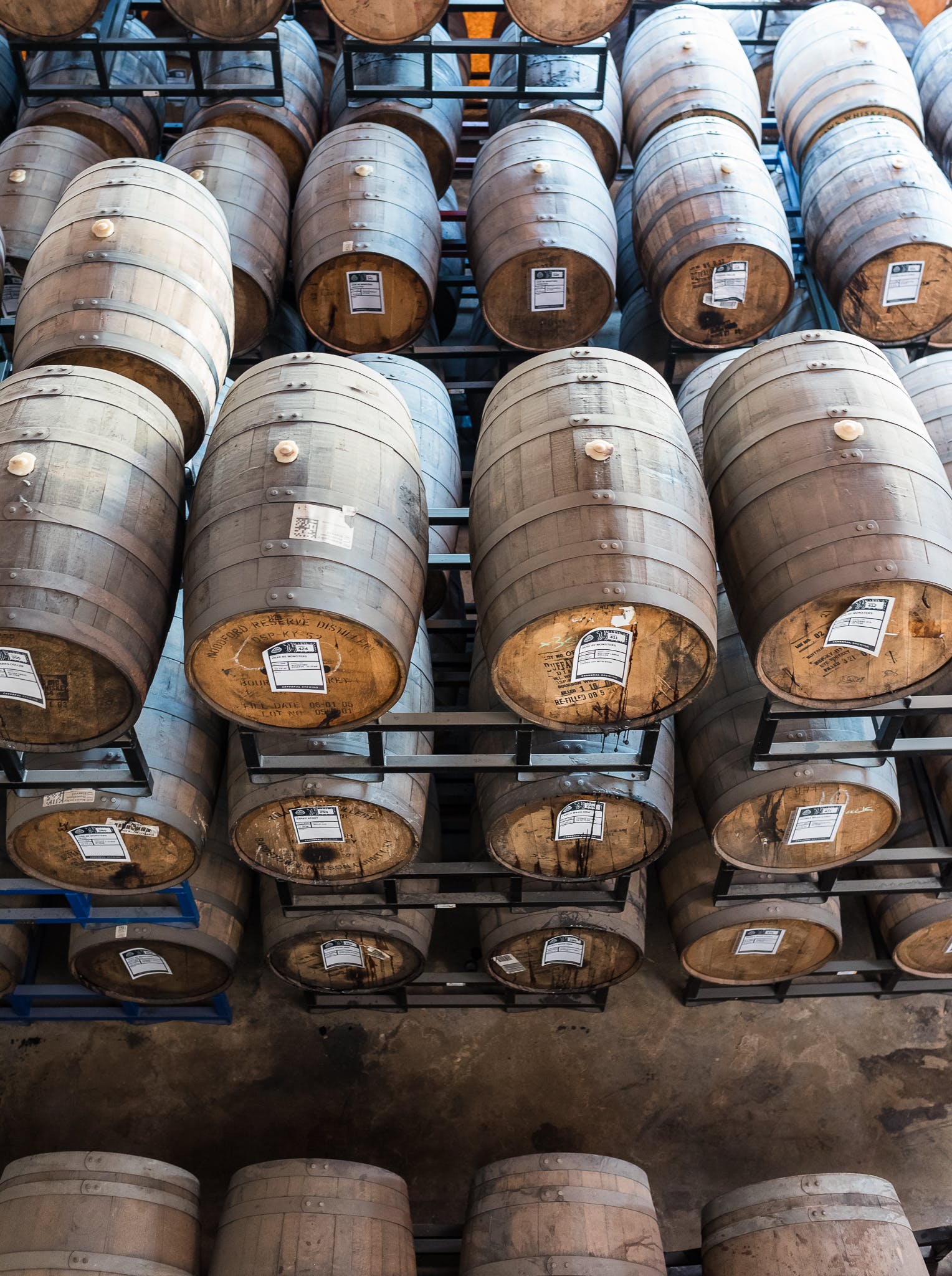 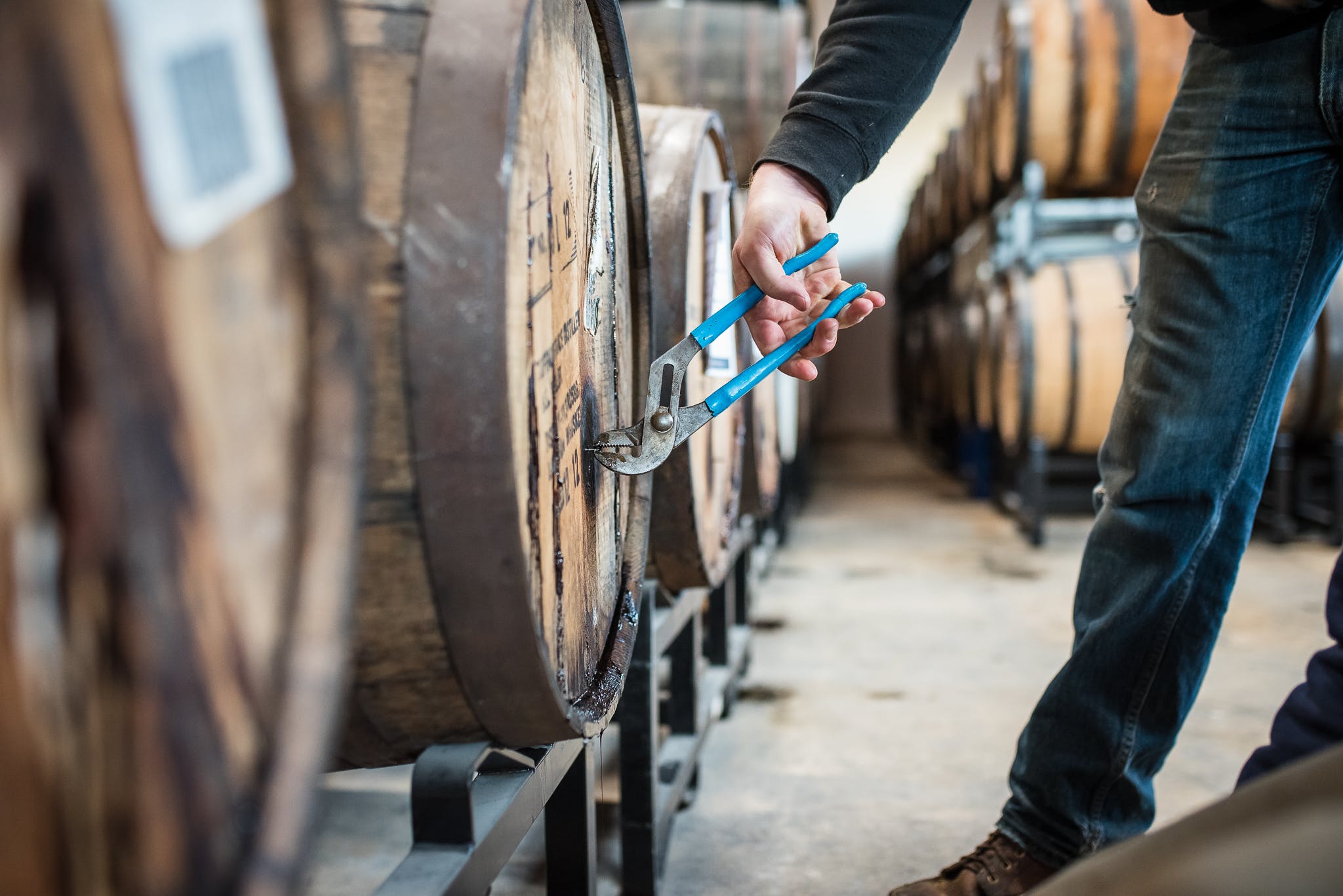 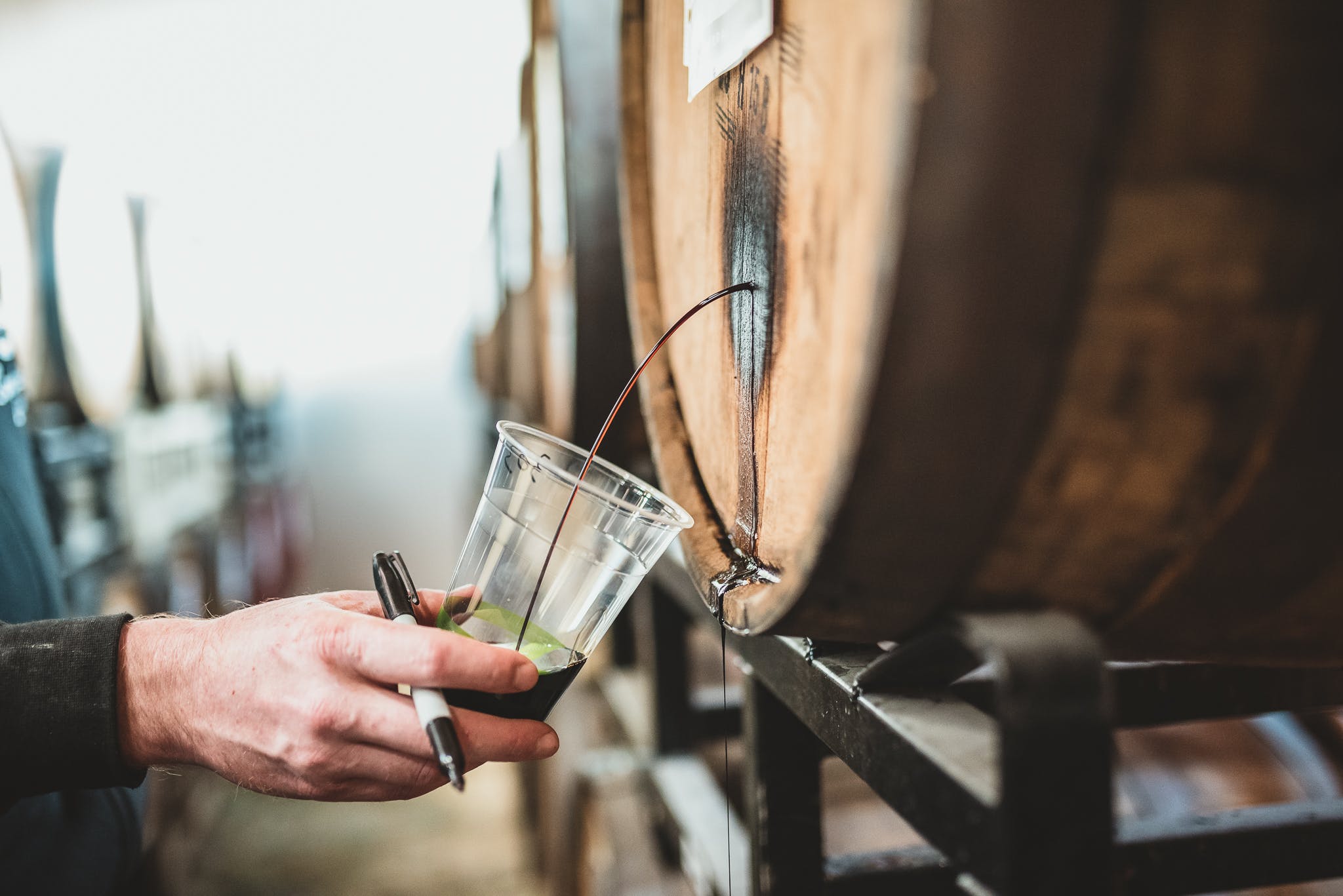 Once a year I dig through our cellar in search of a truly unique barrel to release in celebration of my son’s birthday. In order to set this brand apart, I often target barrels containing a blend of several stout bases. This year, for his 3rd birthday, I selected a barrel that contained a blend of two different double mash Imperial Stouts – one new and one old. About 2/3 of the barrel was filled with Here Be Monsters. It was topped off with a new base we’ve been experimenting with that amplifies softer chocolate and dark fruit notes. The contents within had been resting in a 9 year E.H. Taylor Small Batch bourbon barrel for just over 22 months. I couldn’t be more thrilled with the end result. This year’s version is bursting with notes of toasted marshmallow, dark chocolate covered espresso beans and honey drizzled figs. 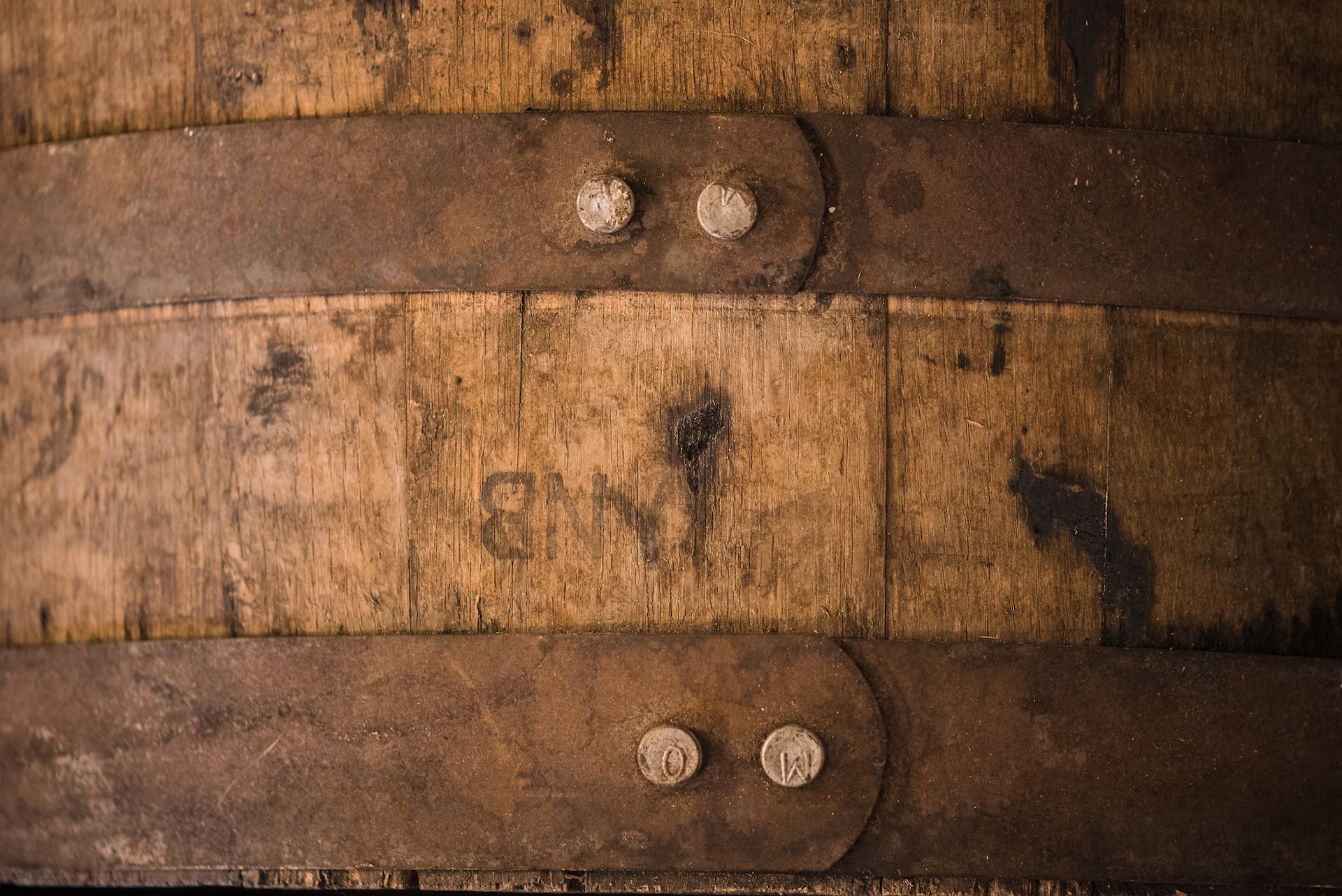