GET TO KNOW OUR SOUTHERN SALES TERRITORY MANAGER, CRAIG! 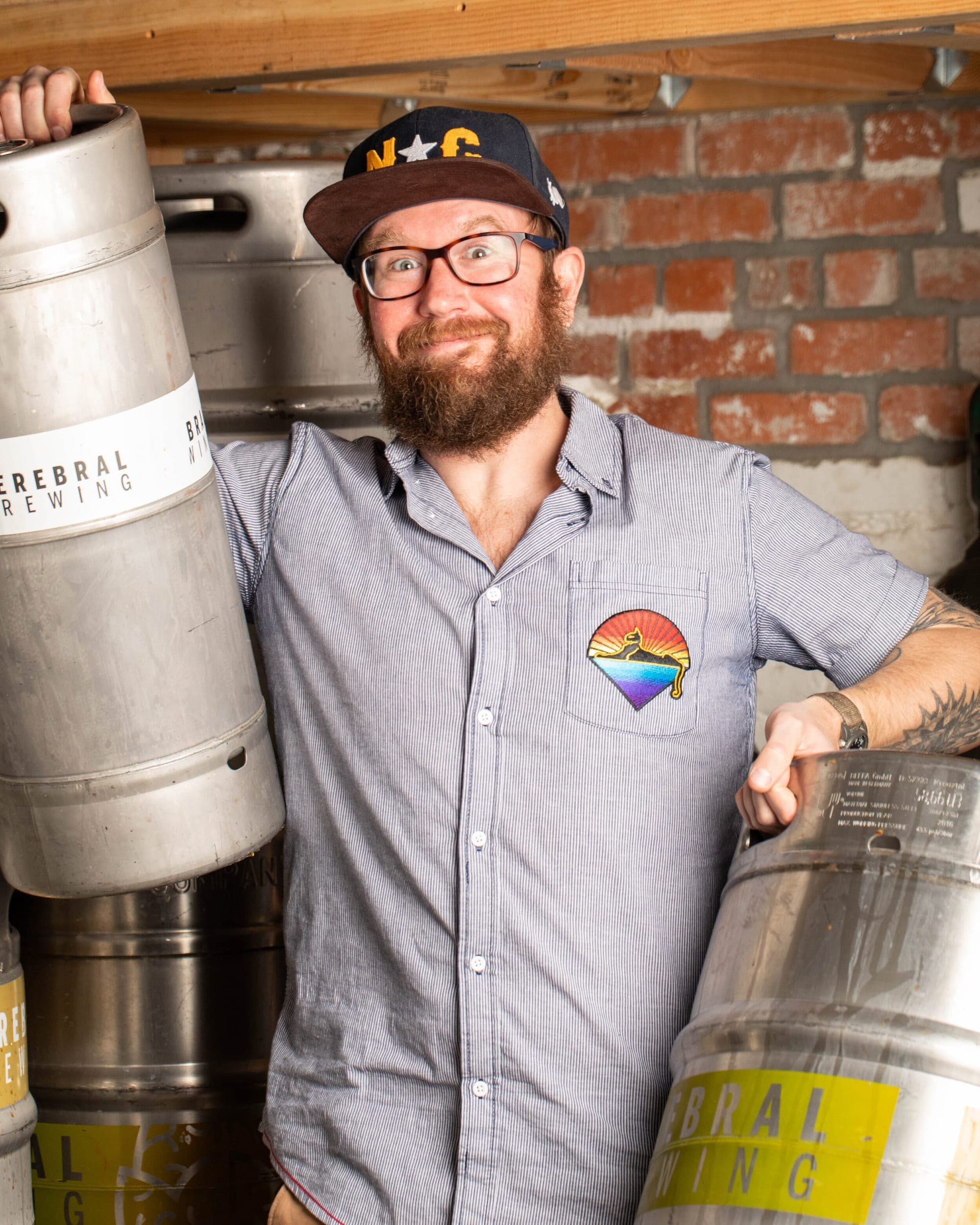 Craig has done almost everything possible for Cerebral: bartending, line cleaning, keg cleaning, bottling, canning, delivery, sales…but the absolute most important thing Craig does for us is be Craig Dixon. If this company were a body and its components were its people, Craig would be as close as it comes to that ineffable glow you’d call the soul.

GET TO KNOW CRAIG A LITTLE BETTER WITH A Q/A BELOW!

I’m not really sure if I was trying to get into craft beer. I feel like craft beer tends to land in people’s laps and they either take it or leave it. I remember I tried a Duchesse at a cookout in college and was like “What the hell is that?!” I couldn’t comprehend why anyone would pay so much for something so gross. Cut to six months later and my closet is stuffed with saisons and sours and stouts. I’ll drink a Duchesse de Bourgogne any day of the week.

My first job in craft beer was at a small burger and beer bar in Durham NC called Dain’s Place. It’s wild how a little neighborhood bar could send me down the path I’m on. Ol’ Dain took a chance on a 22 year old who had never bartended and handed me the purchasing power for his establishment. I learned a ton about beer and the industry with just a few rotating taps, a big cooler, and some awesome regulars. I also met my partner Mel at Dain’s Place so I’m dead serious when I say his bar is the center of my universe. I was lucky enough to land at Cerebral when I moved out here and things have only been getting better.

3) WHAT IS YOU FAVORITE THING ABOUT SELLING BEER?

I just love being out in the market. I’m all about hanging out at accounts and getting to know the managers and their coworkers and the regulars that buy our beer. A decade of bartending taught me that I’m pretty decent at talking to strangers and helping people out. So when you have a truly outstanding product like Cerebral to stand behind, you don’t really need to sell the beer as much as you need to know the people in the market. So… yeah… I like hanging out with people I guess.

That’s a hard one. Sometimes I wonder how I got where I am. I was really into history in college so maybe I would be teaching somewhere? Or possibly working in a national forest or something? Maybe selling grilled cheeses in a parking lot? Who knows?

I stay busy. Lot’s of yard work and house projects. I try to do as much outdoor stuff as possible. Isn’t that why we’re in Colorado? I love disc golfing and backpacking and camping. I’ve been climbing for the past few years but it still scares the shit out of me sometimes. I go to A TON of concerts. It’s like a religion. I love it. Can’t get enough. And I do ALL of these activities with my favorite person on the planet who I’m marrying in October! Like I said, I stay busy and I’m forever grateful for it.

That’s a thinker. All time, eh? It might be a little played out but probably Sierra Nevada Pale Ale. From college parties in the Appalachians to post-shift beers at Dain’s Place to backpacking in Moab to the Red Rocks parking lot, it’s always been there. Good ol’ reliable. But shit if you catch me at the right time I’ll swear it’s a 40 oz High Life.